Olive was a reliable dog-sitter. Every weekend she would dutifully watch over Old Sam’s beloved pet while he went away on business. It was easy money, especially because the dog had actually been dead for at least two years.

Olive didn’t acknowledge the small form hunched in the vestibule; instead she allowed her fingertips to trail over the lace draped across a cabinet. In the half-light she could almost imagine it was seafoam lapping the dark wood.

“You get used to it.” Her hand dropped.

With a noise of deep scepticism, En shuffled slightly further into the apartment. Unlike recent times Olive had stayed at Sam’s, this time she wasn’t alone. The company felt like a sudden rash that she couldn’t itch.

“Grim. Even the heating’s a relic.”

While En tried to get acquainted with a dusty control panel, Olive darted into the atrium. Aside from the small pulsing light of the security system, the room was completely black. Muscle memory guided her fingers across a keypad in an alcove. With a hiss, the skylight above opened, drenching the room in starlight.

“That a pond?” As if on cue, En had appeared at her side.

“It’s called an impluvium. Old Sam…Mr Rubrum, he said it catches stars. In the reflection. Something like that.”

En peered into the still black water in the sunken pool at the centre of the room. The distant pockmarked face of Phobos stared back.

“This is very romantic and all…” En faltered, giving Olive a mock-flirtatious glance, “But I can barely see-”

Globular lamps descended from the ceiling at Olive’s command on the keypad. The sudden phosphorescent light was painful to the eyes. Only now did the warped figures carved into the stone pool become visible. En backed away, Olive smiling politely at their disgust.

“Kinda wish you’d kept us in the dark now, actually.”

While Olive absent-mindedly swiped through Old Sam’s digitised records, En flinched at shadows. The tablinum was one of Olive’s favourite rooms in the house. Brimming with stacks of print books, it was a delicatessen of desiccated pages, many no longer legible to a human eye. The smell was objectively disgusting, but Olive was not an objective person.

“I’ve never seen mould like that before!” En pointed an accusatory finger at a thick volume with a modest community of funguses on its back.

“You wouldn’t have. It’s highly toxic.” Olive smiled to herself as she gently prodded the mirror. Rather than her own reflection, its dark surface showed the interface of a labyrinthine database.

“Disgusting,” En muttered under their breath, backing into the corner of the room.

Olive already knew the location of the memory boxes, but she allowed their time in the tablinum to drag like the run-on sentences mouldering in the manuscript on Old Tom’s desk, the deep silence of the house thick as syrup congealing, congealing and congealing.

The deeper they went into the house, the more humid the air became. Even the walls seemed to be sweating, glistening in the half light. En was increasingly distracted, rubbing at their eyes.

Olive smiled as they entered the culina, greeting an old friend. Sensing her presence, a light descended from the ceiling. A tableau of intense activity frozen in mid-preparation was illuminated.  A cutting board stained with a dark substance had been left on the long table that split the room like a spine, while knives with blades as fine as fish bones littered the side boards.

There was a cabinet stretching from wall to ceiling filled with uncountable iridescent boxes nestled between thick folds of velvet. From here Olive selected the box that best matched En’s description, the one with a shell inlay showing a crowd of figures falling before a red planet.

“That’s it!” For the first time since they entered the house, En looked pleased. They craned their head to survey the vast collection of boxes. “I didn’t realise there would be so many-”

“Don’t be greedy.” Olive had retrieved a thick pair of rubber gloves from a drawer and was now inspecting the knives on the sideboard.

“How does this guy have so much Sub-Martian technology? This row alone must be worth more than my parent’s estate.”

Olive picked a particularly fine and sharp blade, and began to extract one of the figures from the box.

“You know, my father is a curator at Mawrth Vallis and he would love-what are you doing?” En gaped in abject horror at the sight of the maimed box.

“I thought you’d want a taste,” Olive shrugged, eyeing the sliver of decoration she had pinched with a pair of tweezers hungrily.

En regarded Olive with the same expression that they had earlier reserved only for mouldy books.

“I see. Perhaps you should put the knives away.”

“You and your family think they deserve all of my master’s memory boxes without the slightest understanding of their true beauty. It is as they say…” Olive’s eyes were cold in the lamplight, “Money doesn’t buy taste.”

With gritted teeth, En grabbed a box from the cabinet and ran from the room, into the dark folds of the house.

Olive repositioned a table that En had knocked over in their haste. The triclinium was a small room with no light source. Three long couches were positioned around the table. En could hear the laughter of their former occupants bouncing off the walls, their eyes glowing in the darkness. The Guild of Memory Eaters had been disbanded, but not every member had been destroyed.

“You should ask permission before entering someone’s bedroom.”

En, or rather, someone that still resembled En, was huddled on the bed, trying to prise their hand from the box.

“What…what is happening to me?”

Olive sighed, then sat down at the foot of the bed.

“It’s dangerous to touch a memory box with your bare hands for too long. Didn’t your father tell you that?”

En tried to speak, but a strange rasping, clicking noise came out of their mouth. Olive looked over at the box.

“That one holds the memories of a Sub-Martian beetle. A brave choice.”

Olive waited for the ordeal to be over, then gently took the box in her gloved hands so she could return it to its proper resting place. On her way out, she stood for a moment in front of a mural on the eastern wall of the cubicula. A large, handsome black dog was depicted with a collar around its neck, looking up at the stars. Though it was so small you could barely see it, there was a tag on the collar inscribed with a five letter name.

A bell chimed deep within the house. Old Sam was back early, he had forgotten his bag, he was always forgetting things these days.

Olive ran to the door, barely able to suppress a bark of excitement. 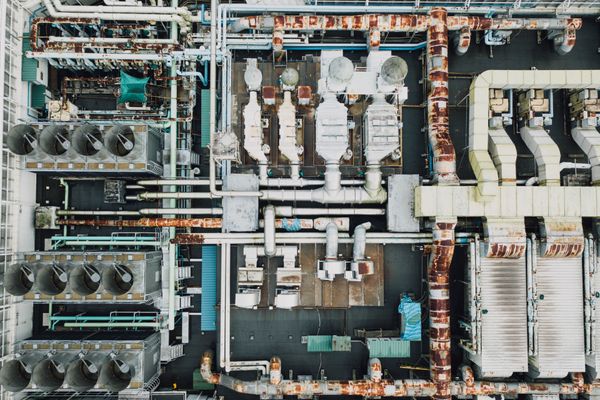 We’re launching an open prompt for submissions to our next round of Red Futures Science Fiction writing! You can see our last sets of short stories which respond to the prompts New Planet and Utopia. For our next prompt, we are issuing an open call for submissions on the

By Matthew James Seidel. BOOK I: ZenithPrevious Section: Prologue, Next section: Chapter 2, Contents page. Chapter 1Like all patriotic holidays, Arrival Day accentuated the brutally maintained divisions within society. That was not, of course, its stated purpose. In fact, according to Malcolm Grady, Assistant Manager of the Public Relations Department,